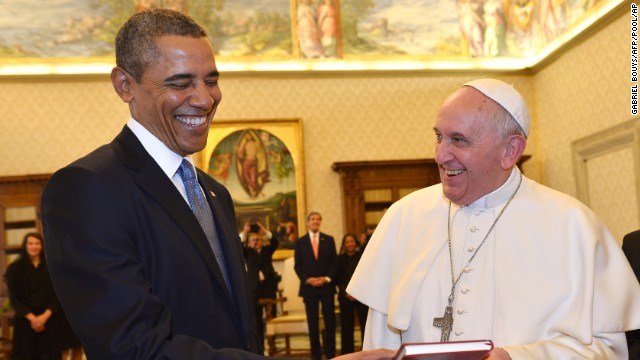 President Barack Obama gave Pope Francis a box of seeds as a gift, a fitting token as their first-ever meeting provided a fresh start of sorts between the administration and Catholic leadership after years of strained relations. "These, I think, are carrots," Obama told the Pontiff, showing him a pouch from the box, which was made from timber from the first cathedral to open in the United States, in Baltimore. The Pope gave the President two medallions -- one symbolizing the need for peace and solidarity between the two hemispheres -- and a copy of "Evangelii Gaudium," or "The Joy of the Gospel." The book was penned by the Pope and calls for a new era of evangelization and a renewed focus on the poor.